The Hogar is Founded

Don Jesús Morales Rodríguez and his wife Doña Carmen Cordero de Morales, together with a group of volunteers from the city of Mayagüez, found the Hogar Albergue para Niños Jesús de Nazaret (Hogar). The Hogar is incorporated as a non-profit organization with the State Department, under the number 21,066.

In the same year, the Hogar receives a $52 thousand grant from the federal Housing and Urban Development agency (HUD). The capital grant was used to remodel the facility that four years later would become the first home shelter for child victims of abuse in Mayagüez, Puerto Rico. 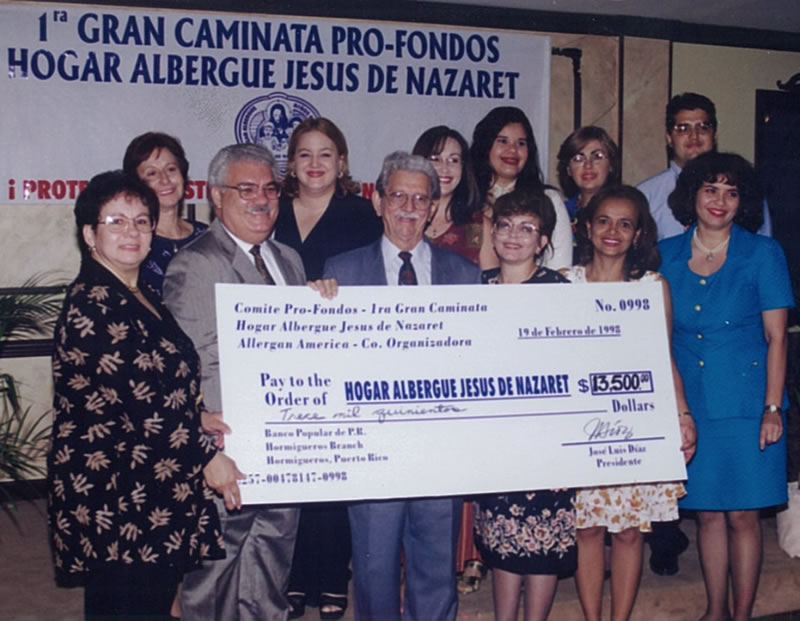 El Hogar holds its first "Great Walk-A-Thon" against child abuse with the sponsorship of the Allergan America Company. Mr. José Luis Díaz, President of Allergan America, delivers a check for $13,500 raised through the event. These funds were used to defray the costs required for the Hogar to begin operations in 1995. 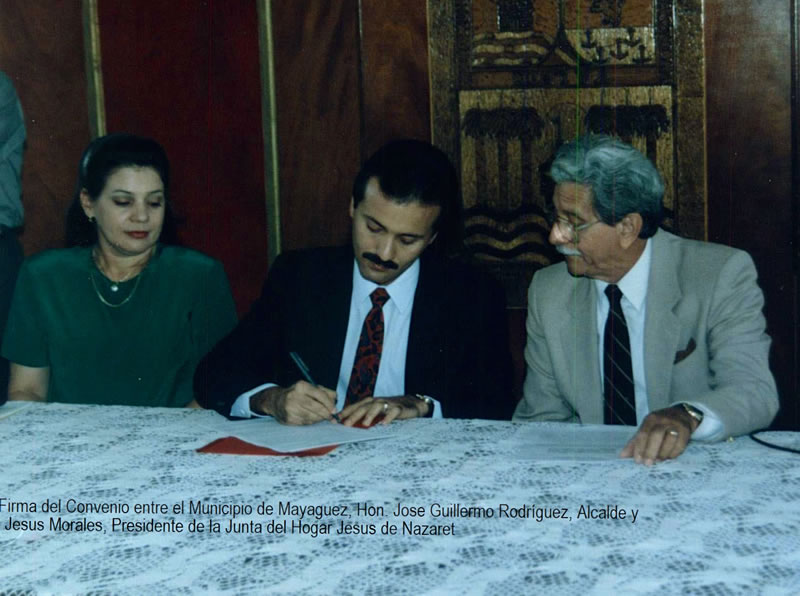 Agreement with the City of Mayagüez

After almost five years of arduous work, the Hogar opens its doors in 1995 in the Cerro Las Mesas district of Mayagüez. Its mission is to offer a safe home, nutrition transportation, health services, education, recreation, social and psychological help to boys and girls who have been victims of abuse and removed from their homes by the Department of Family Services.

With the signing of an agreement with the City of Mayagüez, the Hogar Albergue para Niños Jesús de Nazaret opens its doors to serve children removed from their homes by the Department of Family Services. Its inauguration culminates on a high note after almost five years of efforts by the founding committee, governmental agencies, sponsor companies and community volunteers from the city of Mayagüez and Puerto Rico 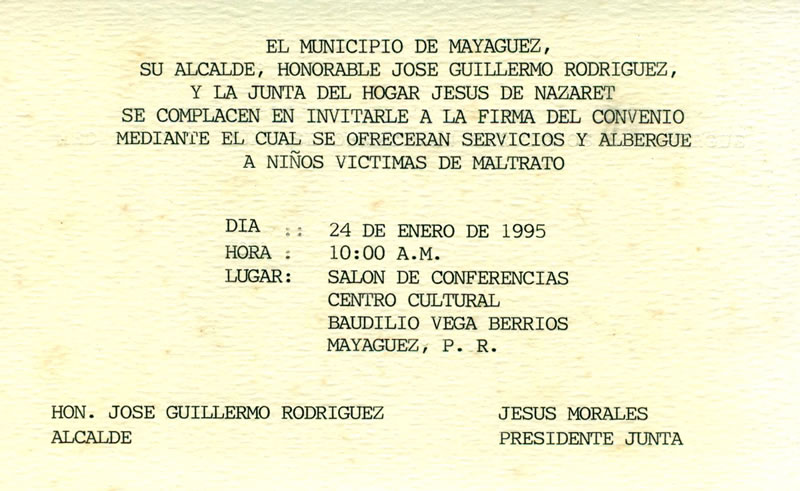 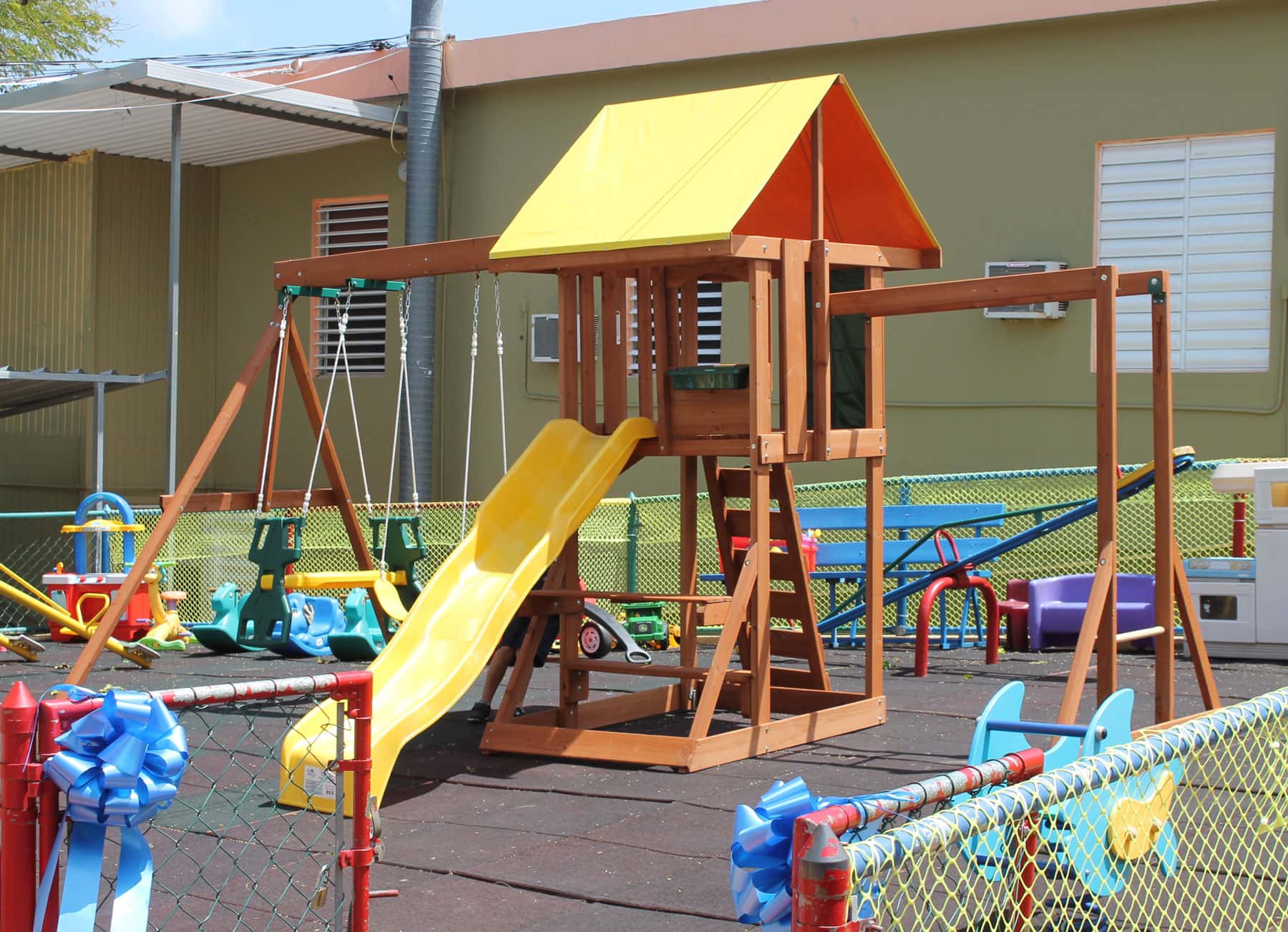 The ‘Casita’ of El Hogar

The Hogar inaugurates the remodeled facilities of the children's shelter. The ‘Casita’ now has a dispensary, new kitchen and laundry equipment, a new fence, remodeled administrative area, and new decor. The new facilities offer a cozy and safe environment for the children who live in the Hogar. 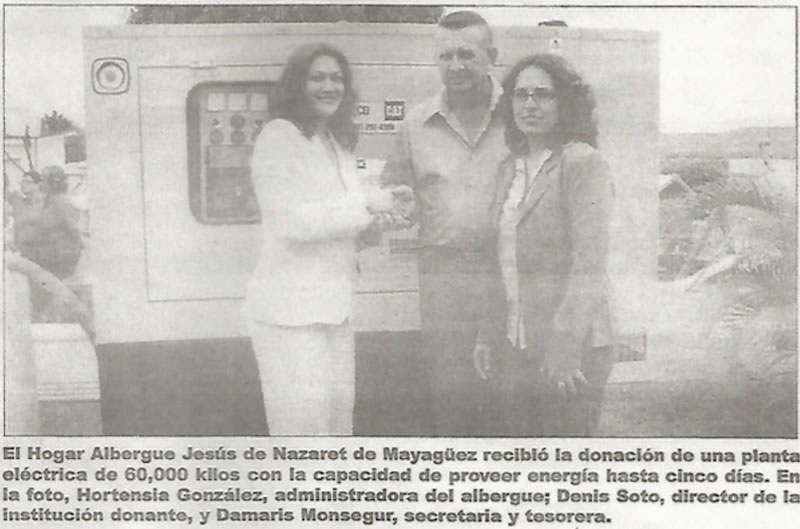 The Hogar receives a donation of a 60 thousand kilowatts electrical plant with the capacity to provide power for up to five days. The plant provides power to the Hogar during emergencies. The donation of the plant was possible thanks to the collaboration among the ‘Amor, Paz y Esperanza Para los Más Necesitados’, the City of Mayagüez, the JV Electric Company (who donated the installation of the plant), and several anonymous donors. 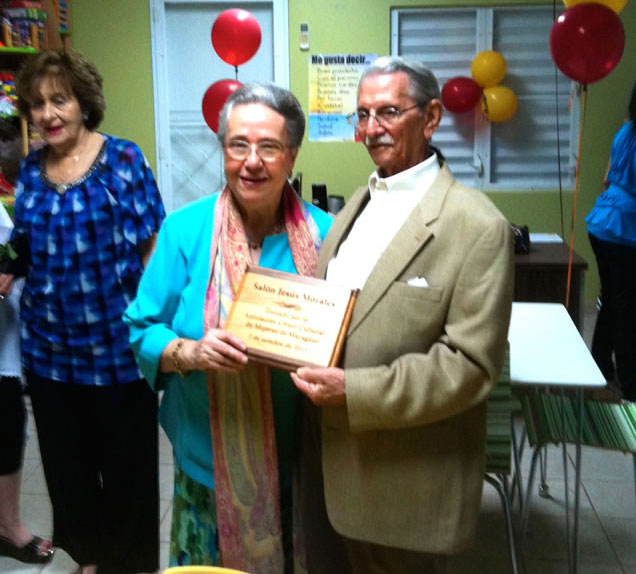 In October of 2011, an education room named after the founder, Jesús Morales Rodríguez, is inaugurated at the Hogar. The remodeling of this room was a result of a project conceived by the Asociación de Damas Cívicas de Mayagüez to improve the institution's physical structure. The room's renovation includes a new design, the installation of new computer equipment, and the donation of educational materials the children can use for homework and learning activities. 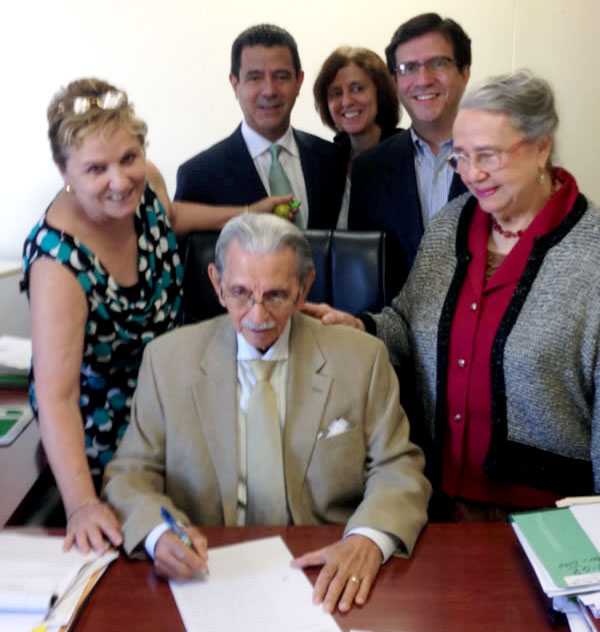 In October of 2013, the Department of Transportation and Public Works formally transfers, free of charge, the land and structure the institution occupies so that it may continue to offer shelter to children victims of abuse. The transfer was approved in 2012 by the Legislative Assembly through the Joint Resolution 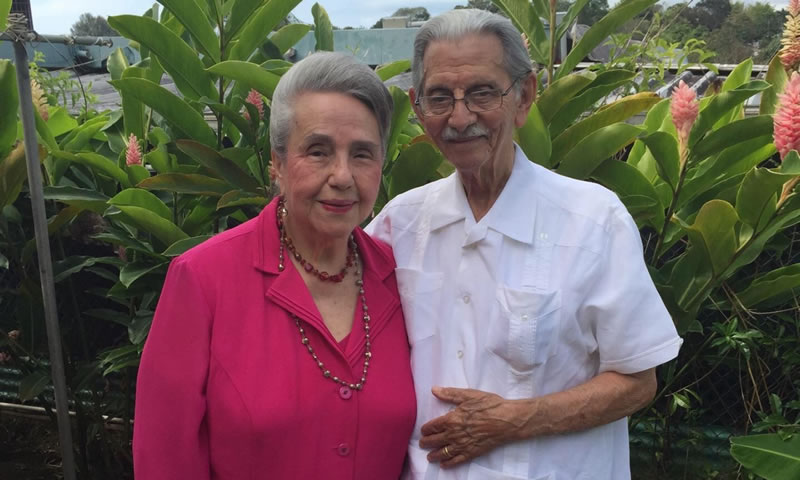 The Hogar Albergue para Niños Jesús de Nazaret celebrates twenty years of providing love, services, and a better future to boys and girls from Puerto Rico who have been victims of neglect or abuse. The Hogar celebrates its anniversary by holding an Open House on Sunday May 3rd to thank all the entities, associations and individuals who have made its operation possible for the past two decades. The Open House festivities were dedicated to the Hogar's founders, Don Jesús y Doña Carmen Morales.

2015
You are currently offline

Choose the type of Donation

Through fixed monthly donations, YOU could help us defray the costs of the services we provide to our children while they reside at the Hogar.

Thank you so much for supporting The Hogar Albergue Jesús de Nazaret! You should receive an email receipt soon for your donation.

Learn more about the Padrinos and Madrinas program

Thank you so much for supporting The Hogar Albergue Jesús de Nazaret! You should receive an email receipt soon for your donation.

Sorry, we ran into an error processing your donation. Please click 'Retry' to return to the donation screen and try again.